The Texas Digital Library and University of Houston partnered to host the first Texas Archivematica Camp in Houston this November. As stated on the wiki for the camp, “inspired by similar events like Hydra Camp, Islandora Camp and Fedora Camp, Archivematica Camp is intended to provide a space for anyone interested in or currently using Archivematica to come together, learn about the platform from other users, and share their experiences.” 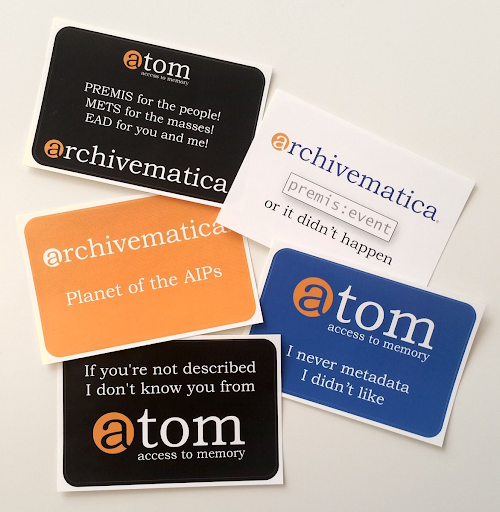 Archivematica chocolates (dark and milk), pens, stickers, as well as tubesocks (!) were available to attendees.

The three day event was led by Artefactual Systems’ staff and Archivematica superusers. The camp counselors were: 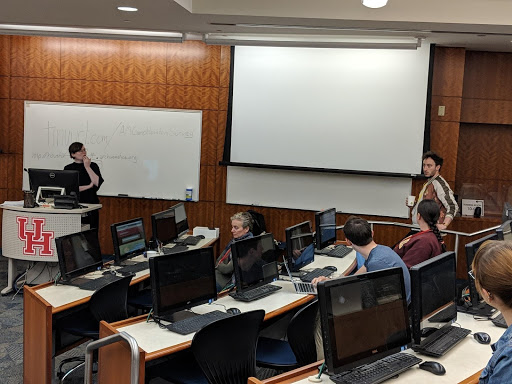 The first day offered introductory workshops for beginners, while days two and three dove deeper, sometimes splitting into technical and user-focused streams. A particular highlight of day two was the opportunity to hear from Texas users about their local usage of Archivematica.

The group heard from Julianna Barrera- Gomez, Digital Archivist at the University of Texas at San Antonio, about her implementation of ArchivesDirect, a hosted solution pairing Archivematica with DuraCloud storage. Bethany Scott, of host institution University of Houston, talked about their local Archivematica installation and how it pairs with other tools developed internally for metadata, identifier and workflow management. Similarly, Sean Buckner of Texas A&M University, shared about their experiences using Archivematica as a part of their comprehensive tiered digital preservation strategy. Finally, the class was delighted to entertain an impromptu attendee’s presentation about his work at the University of Texas at Austin School of Information. Associate professor Unmil P. Karadkar shared his work using Archivematica as part of the Mellon-funded project called “The Central Lunatic Asylum for the Colored Insane: Digital Archive and Library,” focused on preserving historically significant, private and sensitive records from mental hospitals for Black Americans. 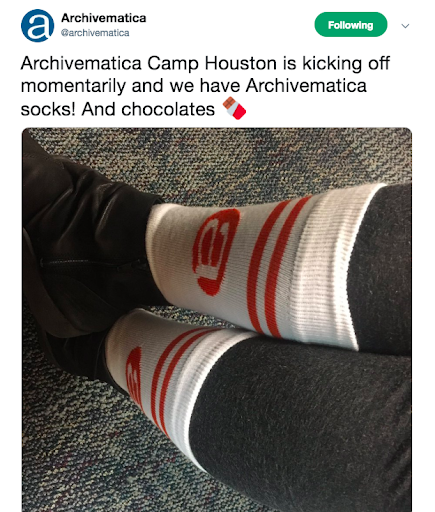 Another highlight included a discussion led by Ross Spencer about the new integration between Archivematica and Dataverse, which may prove especially interesting to TDL users of the Texas Data Repository. Archivematica 1.8 includes a feature which allows a user to connect Dataverse as a transfer source and make Submission Information Packages (SIPs) and Archival Information Packages (AIPs) from datasets in Dataverse. The integration uses a number of Dataverse features to enhance the AIP METS file and adds a Dataverse METS file. This feature has been sponsored by Scholar’s Portal, a service of the Ontario Council of University Libraries (OCUL), and more information can be found in Archivematica’s documentation.

The format of the camp allowed for expansion of topics and discussion based on feedback from the class. There were spirited discussions about the value of integrity checking and the practicality of our various current methods. Several attendees wanted to focus on Archivematica’s integration with ArchivesSpace and others wanted to compare notes on configuration. In the technical breakouts, the Archivematica APIs (REST and Storage Service) and automation tools were of particular interest, and some attendees were focused on questions of scalability. 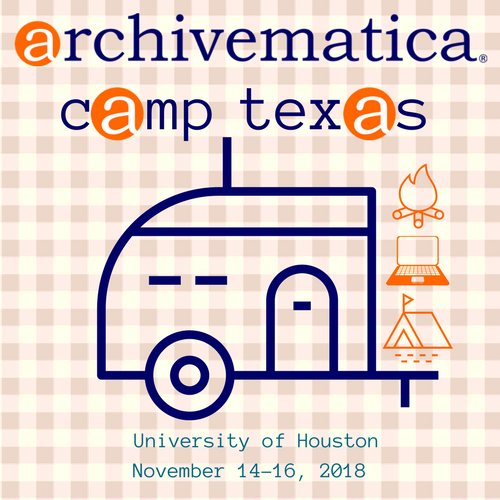 The final session included a wrap up of the three days and discussion about the Artefactual business model and Archivematica’s development roadmap. The class was especially interested in ways to use the various existing Archivematica user groups, like A-TEX Support, to crowdsource prioritization of development tasks. The Artefactual team forecasted changes to the way they will manage their development roadmap in the future, which they expanded upon after the camp with a webinar on December 13th that has been recorded and will be available for public viewing.

It was an energetic and engaged group who took away firsthand experience with the system. TDL is grateful to the University of Houston and to Artefactual Systems for making Archivematica Camp Texas a reality.